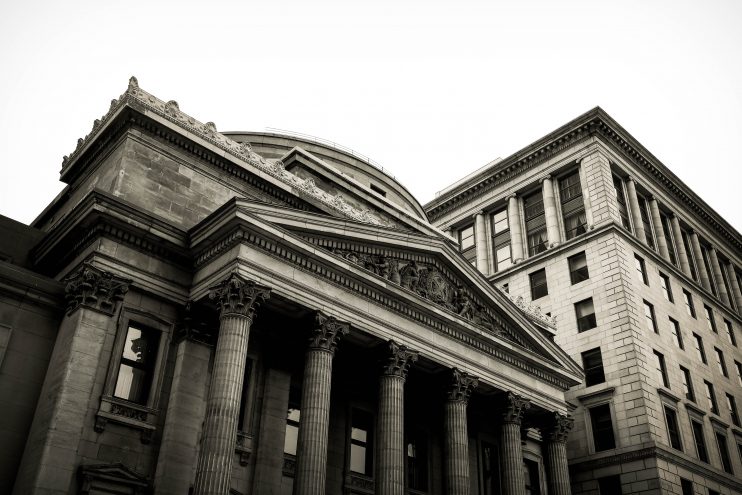 Recently the U.S. Fifth Circuit revived a $27 million lawsuit by a group of landowners against Regions Bank for Regions’ mistake in extending an oil and gas lease in north Louisiana on behalf of the landowners without receiving appropriate compensation. The Fifth Circuit held the bank’s exculpatory clause, which shields the bank from damages “by reason or account of any mistake in judgment,” did not shield the bank for damages from a plain “mistake.”

Two sisters own interests in a 1,805.34-acre farm in Caddo Parish, Louisiana. Underneath their farm lies the storied Haynesville Shale, one of the largest natural gas fields in the lower forty-eight states. The sisters signed an agreement with Regions Bank to manage their mineral interests in the land. The agreement with Regions Bank contained an exculpatory clause that shielded Regions from any loss, damage, or injury due to any “mistake in judgment of the Bank. . . .”

In 2004, the bank negotiated a mineral lease with Prestige Exploration. The lease covered the entire 1,805.34 acres and had a three-year term starting June 22, 2004. Prestige paid a lease bonus of $100 per acre and agreed to pay a 20% royalty on the gross proceeds. Shortly thereafter, Prestige assigned the lease to Matador Resources.

▪     At the end of the primary term, the lease would automatically extend as to any acreage that had been drilled and was still producing gas in paying quantities, but

▪     The lease would terminate as to “deep rights,” that is, mineral rights more than 100 feet below the deepest depth drilled—even if there was a shallower well producing paying quantities.

On August 22, 2007, Regions on behalf of the sisters signed a $75 per acre 18-month extension of the lease. But thereafter Regions realized it had made a mistake by extending the lease on the entire property (i.e., the whole 1,805.34-acre farm and deep rights), not just the nonproducing 168.95 acres.

The mistake was poorly timed for the landowners. Months after the mistaken extension, drilling technology progressed, allowing access to the deep Haynesville Shale. Lease values skyrocketed, reaching as high as $25,000 to $30,000 per acre (as opposed to the sisters’ $75-per-acre lease extension agreement). Matador Resources assigned its lease to Chesapeake Louisiana for $20,000 per acre plus a 25% royalty.

Following an unsuccessful lawsuit against Matador Resources in Louisiana state court (seeking to rescind the lease extension), the landowners sued Regions in federal court for breach of contract, alleging that Regions’ employee mishandled the lease extension and thus prevented them from obtaining higher bonuses and royalty payments.

The District Court held that Regions breached its agreement with the sisters when it extended the lease for the entire property, without receiving appropriate compensation. The district court held, however, that Regions’ exculpatory clause shielded Regions because its employee made a “mistake in judgment.”

One makes a mistake in judgment by “fail[ing] to adopt the best or wisest course,” improperly “weigh[ing] competing interests,” or fumbling “a hard choice between competing courses.” [Regions’] mistake was not like that. [It] did not, for example, unwisely accept a low price per acre or royalty rate when [it] could have gotten a better deal for the sisters. That would have been a mistake in judgment.

What [Regions] did was a mistake, full stop. [It] misread the lease extension. As the Louisiana Supreme Court explained, this error “was easily detectable and could have been rectified by a minimal amount of care, i.e., by simply reading the document and/or by requesting simple changes to the written offer before acceptance.”

The exact calculation of damages was remanded to the district court for further proceedings. The landowners claim their damages because of loss of royalty and lease bonuses totaled over $27 million.

The Fifth Circuit carefully analyzed the difference between a “mistake” and a “mistake in judgement” in ruling in the landowners’ favor. By simple example, if you are choosing between two different routes to a location, and the route you chose takes longer, the Fifth Circuit may consider this a “mistake in judgment.” However, if you simply miss your turn, this may be considered a plain “mistake.”

Contact J.P. Graf at (337) 237-0132, or jgraf@gamb.com with any questions or for assistance with any oil and gas, banking, or litigation issues.