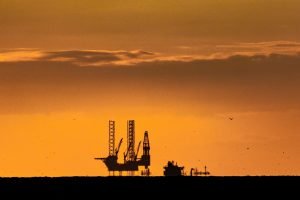 The Louisiana Supreme Court  has just effectively redefined the nature of damages available to landowners and the true, statutory extent of the jury’s role in Act 312 remediation lawsuits.  In State of Louisiana v. Louisiana Land and Exploration Co. (LL&E II), 2020-00685 (La. 6/30/21), the Court acknowledged a “palpable error” in its earlier decision in the same case, State of Louisiana v. Louisiana Land and Exploration Co. (LL&E I), 110 So. 3d 1038 (La. 1/30/13).  In its new opinion, the Court specifically held that only the trial court—not the jury—determines the regulatory remediation plan to be awarded.  More significantly, the Court concluded that Act 312 does not allow for remediation damages in excess of those required to fund the court-adopted remediation plan unless the parties’ contract expressly allows for such excessive remediation.

In a 4-3 decision authored by Justice Jay McCallam, the majority recognized that Act 312 governs legacy claims affecting “Section 16 lands” (which are lands owned by each parish’s respective school board).  The Court further clarified that Act 312 unambiguously mandates that the judge–not the jury–determines the cost of remediating the property to regulatory standards and that such cost represents the “damages” available under Act 312.

In reaching this conclusion, the majority found the presence of “palpable error” in the LL&E I opinion and thus refused to follow LL&E I under the law of the case doctrine.  The Court held that it was not bound by its 2013 decision, as LL&E I “incorrectly held that excess remediation damages were allowed under Act 312.”  The Court further held that the clear and unambiguous language of Act 312 provides no grounds for a jury to determine remediation damages to governmental standards.  Rather, Act 312 limits the jury’s role to awarding excess remediation damages only where an express private contractual provision establishes the right to recover an excess award.  Absent such a provision Act 312 limits recovery to the adopted plan.

In light of this holding, the Court found that the jurors improperly considered the amount of damages necessary for Act 312 compliance, resulting in an award that exceeded the necessary costs to fund the court adopted remediation plan.

Less pivotally, the majority also considered the trigger for prescription when a party asserts strict liability as a private action.  Union Oil Company of California and Union Exploration Partners (UNOCAL) urged that retention of counsel by a party constitutes dispositive proof of that party’s constructive knowledge of injury and starts the prescription clock.  The Supreme Court’s majority disagreed, explaining that the retention of counsel is but one part of the entire evidentiary record when determining a party’s knowledge of alleged injury and the concomitant commencement of the tolling of prescription.  Concluding that UNOCAL had failed to meet its burden of proof on the issue and that the trial court was not manifestly erroneous in overruling UNOCAL’s prescription exception, the Court did not reach the plaintiffs’ constitutional immunity argument barring prescription claims against the State – here ex rel. the Vermillion Parish School Board.

In sum, then, the Louisiana Supreme Court affirmed the Court of Appeal’s remand for a new trial after finding that the jury was improperly allowed to decide issues reserved exclusively for the trial court.  This seismic shift over legacy litigation may help dry up the deluge of post-Corbello litigation by landowners and their contingency counsel seeking windfalls through roulette-wheel tactics.