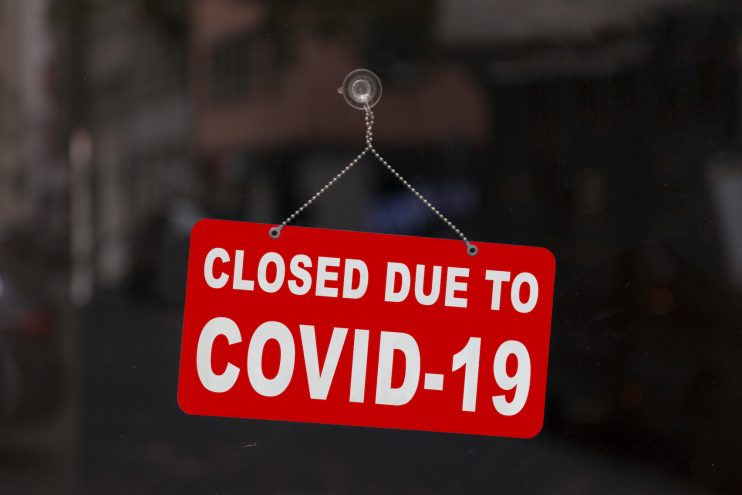 A bankruptcy court recently excused a debtor-in-possession from paying post-petition rent, after the debtor asserted that Coronavirus restrictions prevented it from continuing normal operations.

In a bankruptcy case in the Northern District of Illinois, creditor Kass Management Services filed a motion to force Hitz Restaurant Group to pay post-petition rent under Section 365(d)(3) of the Bankruptcy Code.  In re Hitz Restaurant Group, 616 B.R. 374 (N.D. Ill. 2020).  Section 365(d)(3) requires a debtor to perform its obligations under an unexpired lease of commercial property arising after an order for relief.  In this case, Hitz Restaurant filed for Chapter 11 bankruptcy in February 2020 and then failed to pay its rent for March through June.  The restaurant argued that its liability to pay post-petition rent had been excused by the force majeure clause in its lease.  The force majeure clause provided that

Landlord and Tenant shall each be excused from performing its obligations or undertakings provided in this Lease, in the event, but only so long as the performance of any of its obligations are prevented or delayed, retarded or hindered by  . . . orders of government. . . .  Lack of money shall not be grounds for Force Majeure.

Kass insisted that the restaurant’s failure to pay rent had resulted from a lack of money and did not constitute a force majeure event under the lease.  In rejecting this assertion, the court stated that to the extent there was a conflict between the two provisions in the lease, the specific “orders of government” provision preempted the general “lack of money” exception.  “[A] lessee’s lack of money,” the court noted, “could arise from any number of events . . . .  By contrast, the Debtor’s failure to pay post-petition rent is the direct and proximate result, at least in part, of Governor Pritzker’s executive order.”

In a legal “Hail Mary,” Kass argued that Hitz could have paid its rent by applying for a loan from the Small Business Administration and that Hitz’s failure to do so had worked to preclude the restaurant from exercising the force majeure clause.  The court summarily rejected this argument.  “Nothing in that [force majeure] clause requires the party adversely affected by government action or orders to borrow money to counteract their effects.”

Yet the court observed that while the Governor’s order prohibited the restaurant from offering on-premises dining, Hitz was not without alternatives.  “[D]ebtor is not off the hook entirely.  Governor Pritzker’s executive order did not prohibit Debtor from performing carry-out, curbside, pick-up, and delivery services. . . .  It follows that, to the extent that Debtor could have continued to perform those services, its obligation to pay rent is not excused by the force majeure clause.”  (italics added).  The court then reduced the restaurant’s obligation to pay rent in proportion to its ability to generate revenue under the executive order.

On this issue, the court lamented that “[n]either party offered much assistance to the Court,” but noted that Hitz estimated that the Governor’s order had rendered seventy-five percent of Hitz’s leased space unusable.  Interpreting this estimate as a judicial admission, the court held that the restaurant owed “at least 25 percent of the rental payments” (italics added) for those months after the Governor issued his executive order—April, May, and June.  (Hitz was fully responsible for its March rent.)  The court further noted that later required rent payments were likely to increase as the governor gradually lifted Coronavirus restrictions.

Interestingly, the court’s judgment provides a silver lining for the creditor.  Under the court’s “at least” judgment, the court could later determine that Hitz’s rent obligation should be greater than the 25% minimum admitted by the debtor.  Arguably, such square-footage based estimates are more applicable to retail outlets other than restaurants.  A more appropriate measurement might be the average gross revenue during that time for comparable establishments within the same or similar geographical area, adjusted where necessary for the disproportionate impact of COVID-19 restrictions.

Reading the force majeure very broadly, the court’s opinion appears to glide over the fact that, while the governor’s order certainly affected what service the restaurant could provide, the order was wholly silent on any requirement for the restaurant to pay money.

The court’s opinion is also a cautionary tale for contract attorneys and drafters of force majeure clauses.  In rejecting the creditor’s argument that the debtor should have applied for a loan in order to satisfy its rent payments, the court noted that the creditor could not cite any language from the lease to support its argument.  Thus, the court was left to resort to the “plain language of the force majeure clause in the lease.”  Had the creditor included a mitigation provision in its force majeure clause, then it is quite possible that the creditor would have been able to recover more than 25% of the amount it was owed.  What is less clear, however, is the likelihood of success of a bankrupt debtor-in-possession in seeking a loan or other relief in the midst of a pandemic-driven economic crisis.  Similarly, it remains to be seen whether courts will allow a non-performing party to exercise Coronavirus-based force majeure clauses in a setting outside of bankruptcy.

For more information on drafting force majeure clauses or the effects of COVID-19 on contractual obligations, please read the related articles Coronavirus, Contracts, and Force Majeure: What You Need to Know;  COVID-19 and Material Adverse Change Clauses;  and Landlord Tenant Relations and COVID-19 in Louisiana and Texas.