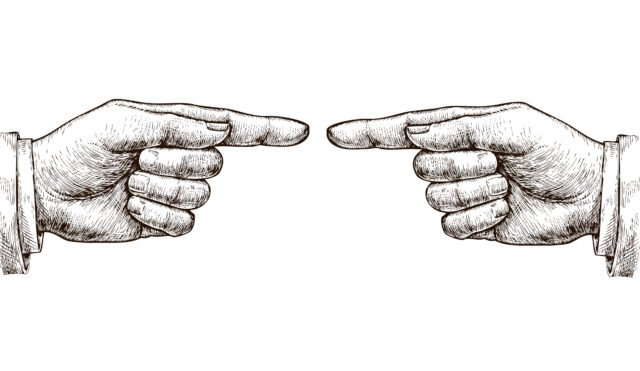 The Texas Supreme Court has yet to determine whether a party may contract for indemnification against its own gross negligence, and the Court has noted that this issue raises public policy concerns.  The Texas Courts of Appeals are split on this issue.

On the one hand, in Smith v. Golden Triangle Raceway, 708 S.W.2d 574 (Tex. App. 1986), the court refused to honor a provision in a release agreement purporting to release a party from liability for its own gross negligence against an individual.  In Smith, the plaintiff was injured while in the pit area of Golden Triangle Raceway.  Before entering the pit, he signed a release agreeing to indemnify the track owner and operator “from any loss, liability, damage, or cost that they may incur due to the presence of the undersigned in or upon the restricted area . . . whether caused by the negligence of the releasees or otherwise.”  Although the trial court upheld the release, the appellate court threw it out on public policy grounds.  The court acknowledged that it could not find any binding Texas cases on point.  But citing treatises and case law from other states suggesting that indemnity or release for gross negligence would violate public policy, the court concluded that “[t]he rule adopted by the other jurisdictions and supported by the treatises should be the rule in Texas.”  Although the court’s opinion did not indicate that it turned on this point, there is no indication that the release expressly mentioned “gross” negligence.

On the other hand, in Valero Energy Corporation v. M.W. Kellogg Construction Company, 866 S.W.2d 252 (Tex. App. 1993), the court upheld a waiver of liability for gross negligence in an instance when the parties are private entities with relatively equal bargaining power.  Valero Energy hired Ingersoll-Rand, a subcontractor of M.W. Kellogg Construction Company, to supply machinery for the expansion of a Valero refinery.  When the machinery exploded and caused damage to the refinery, Valero filed suit against Kellogg and Ingersoll-Rand for gross negligence.  Like the indemnity provision in Smith, the indemnity provision here did not expressly reference “gross” negligence.  The trial court granted summary judgment in favor of the defendants based upon waiver, indemnity, and hold-harmless provisions of their contract with Valero.

On appeal, Valero argued that a waiver of liability for gross negligence offended Texas public policy.  The court disagreed and noted that when the parties to a contract are private entities with relatively equal bargaining strength, the agreement is usually enforced.

Valero and Kellogg are sophisticated entities, replete with learned counsel and a familiarity with the oil refinery industry. They negotiated their working relationship over the course of almost three years, with Kellogg submitting several proposals for Valero’s review. . . . Valero, having a bargaining power equal to Kellogg’s, agreed to the exculpatory clause in this contract. Valero possessed the resources necessary to ascertain and understand the rights it held on the date of the signing of the contract, and those it would hold in the future. Nevertheless, Valero, of its own accord, negotiated those rights away.

The waiver and indemnity provision absolving Kellogg of all liability sounding in products liability and gross negligence does not offend public policy.

The court likewise found that Ingersoll-Rand, as a Kellogg subcontractor, was also entitled to release under the contract between Valero and Kellogg.

So a clear split still persists in Texas.  And it remains unclear whether all Texas courts would focus on the “relatively equal bargaining power” issue in determining whether to uphold or reject an indemnity or release provision.

Extending the definition of negligence to include gross negligence

In Crown Central Petroleum Corporation v. Jennings, 727 S.W.2d 739 (Tex. App. 1987), the court made the unremarkable holding that a provision in an indemnity agreement excluding negligence of the indemnitee from the scope of the indemnity also excluded its gross negligence

However, in Webb v. Lawson-Avila Construction, Inc., 911 S.W.2d 457 (Tex. App. 1995), the court used the logic from Crown to include indemnification for gross negligence.  In Webb, Lawson-Avila contracted with Palmer Steel to provide raw materials to build a high school.  During construction of the school, a crane lifting steel joists tipped over and dropped its load, resulting in an injury and one fatality.  The family of the injured and the survivors of the deceased filed suit against Lawson-Avila.  A jury found that Lawson-Avila was grossly negligent and awarded the plaintiffs actual and punitive damages.

Based on an indemnity provision in the contract between Lawson-Avila and Palmer, Palmer’s insurer, Employers Casualty Company, paid the actual damage award assessed against Lawson-Avila.  However, Employers refused to pay the punitive damages award, arguing that the indemnity agreement did not specifically obligate Palmer to indemnify Lawson-Avila against its own gross negligence.

On appeal, the court in Webb described the issue before it as “[w]hether an indemnitee is entitled to contractual indemnification for exemplary damages assessed as the consequence of its own gross negligence where the indemnity contract specifically expresses an obligation to indemnify the indemnitee for its own negligence but is silent about gross negligence.”  The clause at issue required Palmer:

Furthermore, the court was not persuaded by arguments from Palmer that indemnification for one’s own gross negligence violated public policy.  Noting that the Texas Supreme Court had yet to rule on this point, the court distinguished its holding from Crown by noting that at issue in Crown was language governing what was excluded from indemnification, not what was included.

If the Texas Supreme Court determines that indemnification for gross negligence is permissible, then the Court will likely also apply the fair notice requirements.

If the Texas Supreme Court determines that a provision exculpating a party from its own gross negligence is not offensive to public policy, then the Court may nonetheless require such provisions to meet the fair notice requirements applied to indemnification for simple negligence.  In a matter involving a claim for simple negligence, the Court has already acknowledged that indemnification of a party for its own negligence is an “extraordinary shifting of risk” to which the fair notice requirements apply.  Dresser Indus., Inc. v. Page Petroleum, Inc., 853 S.W.2d 505, 508 (Tex. 2015).

The fair notice requirement has two components: 1) the express negligence doctrine and 2) the conspicuousness requirement.

The express negligence doctrine states that a party seeking indemnity from the consequences of that party’s own negligence must express that intent in specific terms within the four corners of the contract. The conspicuous requirement mandates “that something must appear on the face of the [contract] to attract the attention of a reasonable person when he looks at it.”

The Texas Supreme Court has adopted the definition of conspicuousness stated in the Uniform Commercial Code.

A term or clause is conspicuous when it is so written that a reasonable person against whom it is to operate ought to have noticed it.  A printed heading in capitals (as: NON–NEGOTIABLE BILL OF LADING) is conspicuous.  Language in the body of a form is ‘conspicuous’ if it is in larger or other contrasting type or color.  But in a telegram any stated term is ‘conspicuous.’”

For example language in capital headings, language in contrasting type or color, and language in an extremely short document, such as a telegram, is conspicuous.

Whether an agreement provides fair notice of a release provision should be immaterial if the releasing party has actual knowledge of the provision.  “[E]vidence that a party had read a contract constitutes evidence of actual knowledge of any indemnity provisions.”  RLI Ins. Co. v. Union Pac. R.R., Co., 463 F.Supp.2d 646, 650 (S.D. Tex. 2006) .

To be sure, in discussing indemnification for gross negligence, one Texas court declared:

If the Texas Supreme Court determines that indemnification of gross negligence is consistent with Texas public policy (or, at least, not inconsistent with Texas public policy), then the Court will probably limit its application to those agreements that satisfy the fair notice requirements.  This is especially likely in pre-injury releases and when there may be an imbalance of information or negotiating strength between the parties to the agreement.