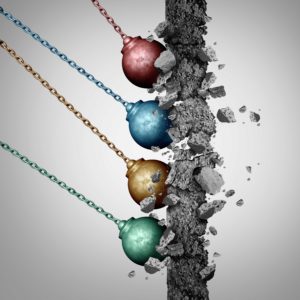 On September 27, 2018, the FCC released its Declaratory Ruling and Third Report and Order, which is expected to help accelerate the deployment of 5G cellular service. In the Matter of Accelerating Wireless Broadband Deployment by Removing Barriers to Infrastructure Inv., WT Docket No. 17-79, WC Docket No. 17-84. To support the rollout of 5G service, the wireless industry is turning to small cell devices, a new technology designed to expand network coverage and capacity. Small cell devices are typically affixed to public rights-of-way and provide a shorter range of cellular service, thus more devices are needed in a given service area to meet user demand. But the attachment of small cells to public rights-of-way has presented a number of regulatory issues that have inhibited the deployment of small cell infrastructure across the country.

Installing small cells isn’t easy, too often because of regulations. There are layers of (sometimes unnecessary and unreasonable) rules that can prevent widespread deployment.

The first part of the FCC’s decision addresses a number of issues wireless providers and government authorities have faced in deploying small cell infrastructure in local communities. For instance, in noting that the Telecommunications Act of 1996 allows state and local governments to charge fees only “to the extent that they represent a reasonable approximation of the local government’s objectively reasonable costs,” the FCC fixed the following fees: “(a) $500 for a single up-front application that includes up to five Small Wireless Facilities, with an additional $100 for each Small Wireless Facility beyond five, or $1,000 for non-recurring fees for a new pole (i.e., not a colocation) intended to support one or more Small Wireless Facilities; and (b) $270 per Small Wireless Facility per year for all recurring fees, including any possible ROW access fee or fee for attachment to municipally-owned structures in the ROW.”

This ruling is the second set of small cell regulations following a March 2018 decision to exclude small cell deployment from federal review procedures designed for traditional cell towers. It remains to be seen whether these efforts will help accelerate the anticipated widespread deployment of small cell infrastructure.