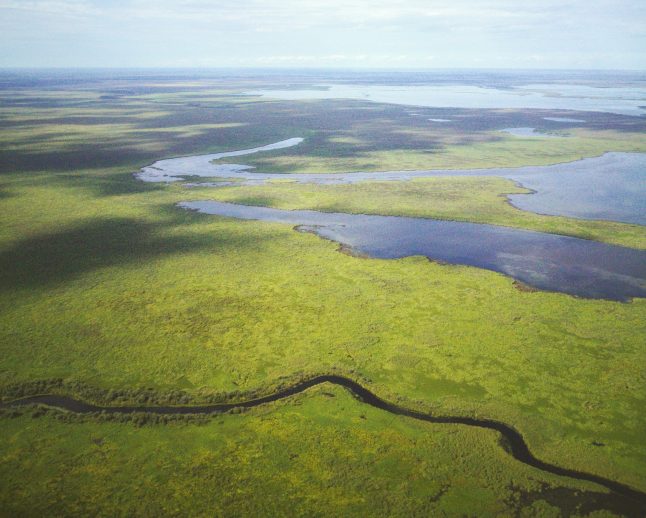 The U.S. Fifth Circuit Court of Appeals just ruled that a lawsuit filed by Plaquemines Parish against several oil and gas companies for alleged damage to coastal wetlands must proceed in state court.  The lawsuit, Parish of Plaquemines v. Riverwood Prod. Co. et al., is one of 42 suits that six Louisiana parishes (Plaquemines, Jefferson, Cameron, Vermillion, St. Bernard, and St. John the Baptist) filed against more than 200 energy companies.  The parish plaintiffs claim that historical drilling, dredging and waste disposal activities by these companies and their predecessors caused pollution and coastal land loss and that the defendants violated the State and Local Coastal Resources Management Act by failing to comply with coastal use permits and/or by failing to obtain the required coastal use permits.  Although these cases were all originally filed in state courts, they were all removed on various jurisdictional grounds to the U.S. District Courts for the Eastern or Western Districts of Louisiana.  On removal, the district courts found that federal jurisdiction did not exist and remanded the cases to state court.

During discovery in state court, Plaquemines Parish produced its expert report—the “Rozel Report”—in the Riverwood litigation.  This report claimed that the defendants had departed from prudent industry practices for decades by dredging canals instead of building overland roads, by using vertical drilling instead of directional drilling, by using earthen pits at well heads instead of steel tanks, by extracting too much oil, and by not building saltwater reinjection wells.  Following the issuance of the Rozel Report, the defendants attempted a second removal pursuant to the “federal officer” removal statute (28 USC 1442(a)(1)), which provides for federal jurisdiction in cases directed at the “United States or any agency thereof or any officer (or any person acting under that officer) of the United States or of any agency thereof, in an official or individual capacity, for or relating to any act under color of such office[.]”  The defendants argued that the Rozel Report was the first time the parishes made clear that their lawsuits were based (at least in part) on defendants’ conduct during World War II, while defendants were acting under the authority of federal officials such as the U.S. War Department and the Petroleum Administration for War.  Accordingly, the defendants asserted that the lawsuits belonged back in a federal forum.  The federal district courts disagreed, finding it evident from the initial petitions that defendants’ wartime conduct was implicated and that the removals were therefore untimely.

Writing for the Eastern District in the Riverwood matter, the now-late Judge Feldman rejected the defendants’ jurisdictional arguments.  He ruled that the “private oil and gas industry’s wartime compliance with federal laws or regulations falls short of being within the scope of ‘acting under’ a federal official for acts ‘under color’ of such office.”  Last month,  the Fifth Circuit affirmed on the same grounds, stating:

These historical events, Producers say, evince an “unusually close” and “special relationship” between industry and government, oriented towards “assist[ing]” the government in “produc[ing] an item that it needs.”

But merely being subject to federal regulations is not enough to bring a private action within § 1442(a)(1).  For an entity to be “acting under a federal officer or agency,” the action “must involve an effort to assist, or to help carry out, the duties or tasks of the federal superior.”  …  And “the help or assistance necessary to bring a private person within the scope of the statute does not include simply complying with the law.”  ,,.  Furthermore, we have held that being “subject to pervasive federal regulation alone is not sufficient to confer federal jurisdiction,” even when there was “cooperation” between “[the private actor] and the federal government.” … Thus, to the extent that Producers contend that they were “acting under” a federal officer because they complied with federal regulations or cooperated with federal agencies, we find those arguments unpersuasive. 28 U.S.C. § 1442(a)(1).

The Fifth Circuit also agreed with Judge Feldman that the defendants failed to show they were subjected to the federal government’s guidance or control as subcontractors for purposes of federal officer removal.

A similar motion to remand remains pending in the Parish of Cameron v. Auster et al. matter, which is currently before Judge Summerhays in the Western District.  Also, a 43rd suit filed by Orleans Parish asserting similar land loss claims has been removed to the Eastern District and may be affected by the Fifth Circuit’s Riverwood opinion.