FIRM NEWS
Gone with the Wind: Louisiana’s Legislative Foray into Wind Energy Projects in the Gulf of Mexico 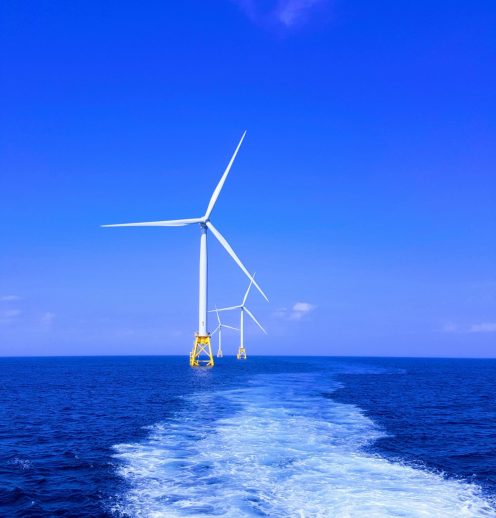 Co-authored by Representatives Jerome “Zee” Zeringue (R-Houma) and Joe Orgeron (R-Larose), HB 165 proposes increasing current limits on individual offshore leases from a maximum of 5,000 acres (the long-time limit for oil and gas leases) to 25,000 acres for a wind energy lease. According to Rep. Zeringue, wind turbines typically require more space than oil and gas rigs. The industry standard, he said, is between 500 and 1,000 acres per turbine.

Two federal studies conducted by the National Renewable Energy Laboratory (NREL) and the Bureau of Ocean Energy Management (BOEM) in 2017 found that the Gulf of Mexico offers many advantages for offshore wind due to its shallow, warm waters, smaller-than-average wave heights compared to the eastern seaboard, and close proximity to existing offshore energy infrastructure. The first study, “Offshore Renewable Energy Technologies in the Gulf of Mexico,” found that offshore wind offers a technically feasible resource potential of 508 gigawatts—the largest of any of the technologies analyzed, and twice the energy currently consumed in the Gulf states.

According to the studies, a single offshore wind project could generate more than 5,000 offshore jobs for Louisiana workers who have been hurt by the typical ebbs and flows of the oil and gas industry. HB 165 also proposes to remove the requirement that the Legislature approve a minimum dollar amount and revenue percentage to be produced by each wind turbine before advertising bids for each lease. According to Representative Orgeron, this change would permit lawmakers to come up with a revenue system for wind turbines without severing raw minerals from the seafloor like oil and gas platforms.

HB 165 was received by the Louisiana Senate on March 29, passed by a vote of 33 yeas and 0 nays, returned to the House on June 2, and on June 15, 2022 was signed by Gov. Edwards and became Act No. 443, dated effective August 1, 2022. To quote Rep. Zeringue: “We know that alternative energy is coming, and it’s something that we can and should take advantage of.”