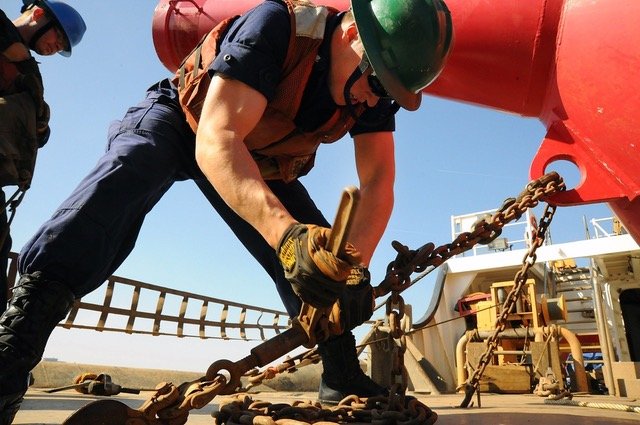 Addressing the issue left open by a divided panel in Faludi v. U.S. Shale Sols., 936 F.3d 215 (5th Cir. 2019), opinion withdrawn, 950 F.3d 269 (5th Cir. 2020), the U.S. Fifth Circuit Court of Appeals held in Hewitt v. Helix Energy Solutions Group, Inc., 2020 WL 1918124 (5th Cir. Apr. 20, 2020), that employees who are paid a day rate do not satisfy the “salary basis” test necessary to fall within the Fair Labor Standards Act’s overtime exemptions even when that day rate itself exceeds the FLSA’s statutory weekly minimum.  This development affects employers who pay employees based on a daily rate, which is common in the oil and gas industry.

Hewitt worked offshore as a tool pusher for Helix Energy Solutions Group, Inc., which paid him $1,341 for each day he worked (i.e., a day rate) on a biweekly basis.  In other words, if Hewitt worked any portion of a day, even a single hour, he received $1,341 for that day.  Conversely, when Hewitt worked more than 40 hours during a single week, Helix paid him his regular day rate for each day worked, without regard to the number of hours worked on the basis that he was exempt from the FLSA’s overtime requirements.

The FLSA regulations define salary as “a predetermined amount constituting all or part of the employee’s compensation, which amount is not subject to reduction because of variations in the quality or quantity of the work performed.” 29 C.F.R. § 541.602(a).  Thus, to meet the “salary basis” test, an employee must receive for each pay period a “predetermined amount” calculated on a “weekly, or less frequent” pay period.  As the Fifth Circuit summarized, “[t]he salary basis test requires that an employee know the amount of his compensation for each weekly (or less frequent) pay period during which he works, before he works.”  Because Hewitt’s pay was contingent on the number of days he worked each week, he did not know his pay until after he worked through the pay period.  Thus, the court concluded that Hewitt did not receive a “predetermined amount” “on a weekly, or less frequent,” basis as required by the salary basis test.  Therefore, the Fifth Circuit concluded that he was not paid on a “salary basis” as necessary to invoke either the executive or highly compensated employee exemptions under the FLSA.

Hewitt is directly contrary to a different panel’s decision in Faludi, which was withdrawn on rehearing.  In the initial Faludi opinion, an earlier panel held that a “$1,000 day rate plainly constituted ‘a rate of not less than $455 per week’ under 29 C.F.R. § 541.600(a): If Faludi worked for even one hour in a given week, he was guaranteed $1,000, which exceeds the regulatory minimum of $455.”   Reasoning that Faludi’s independent contractor agreement set a predetermined amount of compensation he was to receive—$1,000 per day—and provided for the submission and payment of invoices on a less-frequent-than-weekly basis—twice a month, he “regularly received a predetermined amount of compensation on a weekly or less frequent basis in accordance with 29 C.F.R. § 541.602(a).”  The Fifth Circuit withdrew that portion of its opinion, however, finding it unnecessary to reach the exemption issue because Faludi was properly classified as an independent contractor and thus not within the FLSA’s coverage.

Although employers may have initially found solace in Faludi, the Fifth Circuit has now made clear that employees who are paid a day rate are not paid on a salary basis under FLSA.  Accordingly, those employees must be paid overtime for any hours worked in excess of 40 hours in a week.  For workers who may work 12 hour shifts for 7 to 14 days, that translates to significant overtime.

Please contact us if you have questions about your compensation policies and practices or other employment law issues.