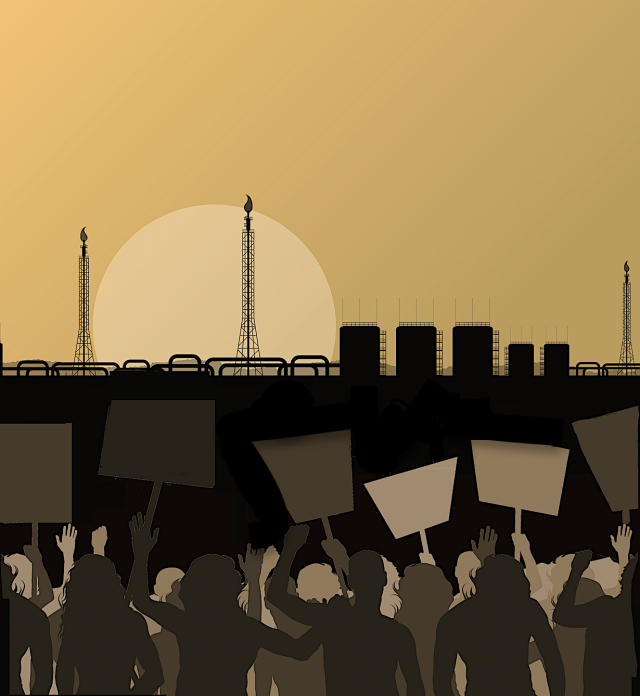 The past few years have seen some very visible and well publicized protests of pipelines, like the Keystone XL and Dakota Access pipelines.  In one of these protests, demonstrators in North Dakota chained themselves to construction equipment and pitched tents along the pipeline route.  The intent of these actions was obvious—to physically disrupt and delay construction of pipelines.

In response, many oil companies and industry groups lobbied state legislatures to curtail the types of legal protests that can be held near pipeline sites.  These groups’ efforts are paying off, as several states have adopted such legislation and others are considering similar laws.  Proponents of these laws assert they are necessary to counter the increasingly aggressive tactics of activists, which they believe put their employees, property, and investments in danger.  They reject complaints that the laws chill First Amendment rights, which they respond don’t entitle a person to destroy or hinder other persons’ property, commit trespass, or create a public hazard.  As one might expect, environmental activists have not taken kindly to these efforts.  An investigator for Greenpeace has called these efforts an “unholy alliance” and an attempt “to crush resistance to polluting companies.”

So far, these measures have passed in Indiana, Louisiana, North Dakota, Oklahoma, South Dakota, Tennessee, and Texas.  Active campaigns to pass similar laws are ongoing in Illinois, Ohio, and Pennsylvania.  Although the laws are not identical, they generally create a new, more serious category of trespassing when it occurs near energy infrastructure and interferes with construction.  Some include heightened penalties, such as $10,000 fines and felony prison sentences.  Enforcement of these laws is often complicated when ownership of the land is contested, and determining the actual trespasser can prove difficult.  Louisiana’s new laws were utilized to quell protests for the Bayou Bridge Pipeline.  While many claim that the Bayou Bridge Pipeline Company began construction without the legally required permissions, protesters were nevertheless arrested as trespassers.  The pipeline was completed in March 2019 and several protesters were charged with critical infrastructure crimes.

Laws regulating certain activities at or near critical energy infrastructure certainly have legitimate rationales, but some of these new laws could be overbroad.  The oil industry has a right to be protected from violence and trespass and generally from protests that impede them from legally constructing or operating their pipelines and otherwise taking action on their own property.  Also, although some might consider $10,000 fines as disproportionately severe, the delay damage to a pipeline company from an interruption such as occurred in North Dakota will often far exceed the amounts of these fines.  But states need to ensure that they are not overzealous in their enforcement of these laws.  Where ownership/access to the land is disputed, law enforcement cannot simply assume the pipeline companies are in the right and the protestors are in the wrong on every occasion.  Law enforcement must perform some due diligence before making arrests and pursuing criminal charges.  Such overcorrections like this may give credence to detractors’ claims that these laws were intended to stifle dissent and chill First Amendment rights.

The Supreme Court has upheld the right to protest, even when those protests are in poor taste and extremely hurtful to others.  For example, in Snyder v. Phelps, 562 U.S. 443 (2011), the Court upheld the Westboro Baptist Church’s right to protest military funerals.  Admittedly, the Church members weren’t chaining themselves to equipment or otherwise blocking access to the funeral.  But for the oil industry to receive what some might consider special protections from protests that other arguably deserving groups don’t have only plays into the narrative of the undue influence of money in politics.  As I stated earlier, I do see the merit in laws that protect people or companies from protests that physically prevent them from carrying out their legal business activities or that disregard vested property rights.  But these laws should be narrowly tailored to address specific concerns (e.g. violence, trespass, safety, interruption or operations, etc.) and not restricted only to energy operations.  And although any industry would rather not see criticism or protests of its operations, draconian laws that stifle free expression under the guise of “safety” can sometimes go too far and ultimately help foment the negative perception they are trying to prevent.