FIRM NEWS
This Land Is Your Land, This Land is Pipeline Land: The Supreme Court Rules in Favor of Congressional Delegation of Eminent Domain Authority to Pipeline Developers 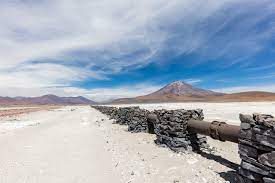 In a big win for the pipeline industry, the U.S. Supreme Court ruled in favor of the PennEast gas pipeline project, holding that a certificate of public convenience and necessity issued by the Federal Energy Regulatory Commission (FERC) under the Natural Gas Act (NGA) authorizes a private company to condemn all necessary rights-of-way, whether owned privately or by a state or local government.

In PennEast Pipeline Co. LLC v. New Jersey (June 29, 2021), the Court held that sovereign immunity does not shield a state—in this case, New Jersey—from condemnation proceedings instituted by a private company in federal court to obtain properties for an interstate gas pipeline.  As a result, the Court solidified FERC’s primary jurisdiction over the approval process of interstate gas pipelines.

Under the NGA, the FERC regulates the transportation and sale of natural gas in interstate commerce.  Under a provision Congress added to the NGA in 1947, a private party that obtains a FERC-issued certificate of public convenience and necessity has the right to acquire a necessary right-of-way “by the exercise of the right of eminent domain.”

PennEast obtained a certificate of public convenience and necessity from FERC to construct a 116-mile gas pipeline from Pennsylvania to New Jersey.  After receiving its certificate, PennEast began condemnation proceedings in federal district court for properties along the pipeline route where the State of New Jersey asserted a property interest.  In opposition to both the pipeline and the condemnation proceedings, New Jersey argued that it was immune from the suits by virtue of sovereign immunity under the 11th Amendment and that PennEast could not obtain a right-of-way from it by condemnation.  The  federal district court rejected New Jersey’s sovereign immunity defense.  But the Third Circuit reversed, holding that, although Congress could delegate its eminent domain power, Congress must do so with express statutory language; because it found no express language in the NGA to abrogate state sovereign immunity, the Third Circuit ruled in favor of New Jersey.

In a 5-4 decision authorized by Chief Justice Roberts, the Court disagreed, holding that states surrendered their sovereign immunity from the exercise of federal eminent domain power at the ratification of the Constitution.

“Although nonconsenting States are generally immune from suit, they surrendered their immunity from the exercise of the federal eminent domain power when they ratified the Constitution. That power carries with it the ability to condemn property in court. Because the Natural Gas Act delegates the federal eminent domain power to private parties, those parties can initiate condemnation proceedings, including against state-owned property.”

As various state authorities have frequently been thorns in any many interstate pipeline and storage projects under the NGA, this decision is a notable victory for the pipeline industry in specific.  But the ruling may also have wider implications.  As the Court noted, the federal government exercises eminent domain authority through turnpikes, bridges, railroads, pipelines, telecommunication infrastructure, and electric transmission facilities.  The Court previously upheld these exercises of the federal eminent domain authority.  Thus, the PennEast Pipeline decision may set further precedent that Congress has a broad ability to delegate eminent domain authority to private developers of other such infrastructure projects.