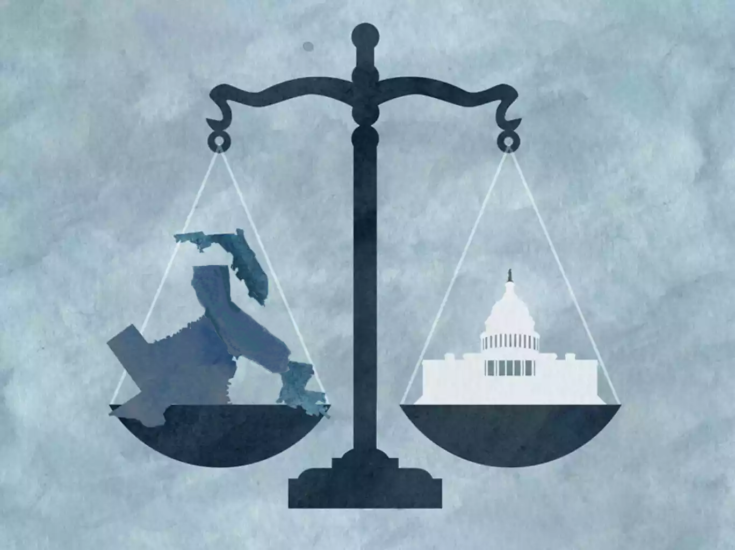 It has long been established that the Outer Continental Shelf (OCS) is under federal jurisdiction.  To this end, in 1953, Congress enacted the Outer Continental Shelf Lands Act (OCSLA) to govern activities on the OCS.  A key provision of the OCSLA provides that, while federal law generally applies, the adjacent State’s laws shall apply “[t]o the extent they are applicable and not inconsistent with” OCSLA or other federal law.  43 U.S.C. § 1333(a)(2)(A).  Yet district and circuit courts have differed on when exactly state law should apply on the OCS.  In Parker Drilling Management Services, Ltd. v. Newton, 139 S.Ct. 1881 (2019), the Supreme Court finally provided an answer.

The dispute that brought the issue before the Court arose from Brian Newton’s employment with Parker Drilling on OCS platforms off the coast of California.  Newton’s shifts involved 12 hours per day on duty and 12 hours per day on standby, during which he was not permitted to leave the platform.  Although he was paid above both the federal and California minimum wages, he was not separately paid for his standby time.  Newton filed a class action alleging violation of several California wage-and-hour laws.  In short, Newton claimed that California’s minimum-wage and overtime laws required Parker Drilling to compensate him additional amounts for his standby time.

Both parties agreed that the platforms were subject to the OCSLA.  However, Parker Drilling claimed that under the OCSLA the California laws complained of by Newton did not apply.  Relying on precedent from the Fifth Circuit, the district court held that “state law only applies to the extent it is necessary to fill a significant gap in federal law.”  Because the Fair Labor Standards Act (FLSA) constituted a comprehensive federal wage-and-hour scheme, the district court held that there was no significant gap for state law to fill, and thus rendered judgment in Parker Drilling’s favor.

Justice Thomas, writing for a unanimous court, acknowledged that this case presented a “close question of statutory interpretation,” but ultimately found the Fifth Circuit’s approach more persuasive.  This conclusion hinged on a hornbook rule of statutory interpretation that “the words of a statute must be read in their context and with a view to their place in the overall statutory scheme.”  The Court found that under the Ninth Circuit’s approach, if the word “applicable” in the OCSLA meant merely relevant to the subject matter, “then the word adds nothing to the statute, for an irrelevant law would never be ‘applicable’ in that sense.”  The Court held that if federal law addresses the issue at hand, then state law cannot be adopted as federal law on the OCS.  Under this standard, the Court held that Newton’s claims under California law failed because federal law already addresses the issue.  See 29 C.F.R. § 785.23 (“An employee who resides on his employer’s premises on a permanent basis or for extended periods of time is not considered as working all the time he is on the premises.”).

The Supreme Court’s unanimous decision provides significant clarity on when state law applies to disputes arising on the OCS.  This decision should create more predictability about how lower courts will consider OCS disputes in the future; that predictability creates efficiencies that, let’s hope, can benefit all parties.