On June 18, 2018, the United States Coast Guard (USCG) issued a Marine Safety Alert regarding their discovery of over 100 unwearable Type 1 Personal Floatation Devices (PFDs) during multiple inspections of different vessels. As pictured below, the PFD straps were fused to the side of the PFD.  Due to the fused strap, a user would be unable to separate the halves of the PFD to wear it. The USCG safety alert deliberately omitted the PFD manufacturer’s name because the scope of the potential problem is not fully known.

However, based on the number of problematic PFDs discovered, the USCG strongly recommends that vessel owners and operators using the type of PFD pictured below inspect each PFD for this potential defect. If defects are discovered, owners and operators are encouraged to report their findings to the Coast Guard Office of Design and Engineering Standards via email (typeapproval@uscg.mil) and include the manufacturer, design number, lot numbers, the quantity of PFDs impacted, and the total number of unaffected PFDs onboard.

A full copy of the marine safety alert may be found here. 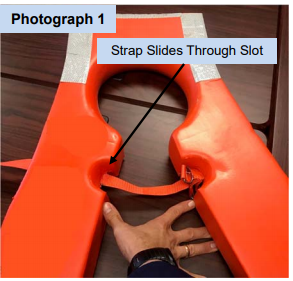 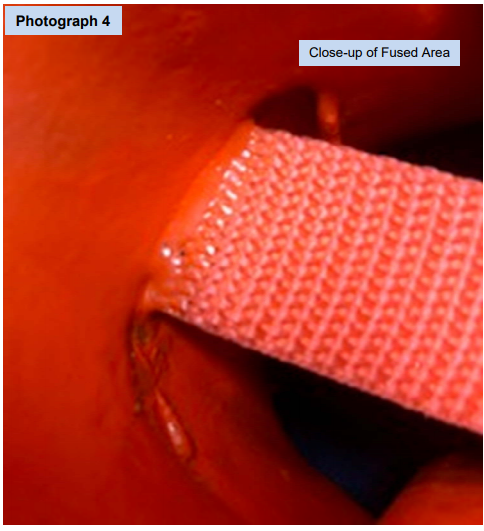