FIRM NEWS
When Does a Failure to Train Constitute Racial Discrimination in Employment? 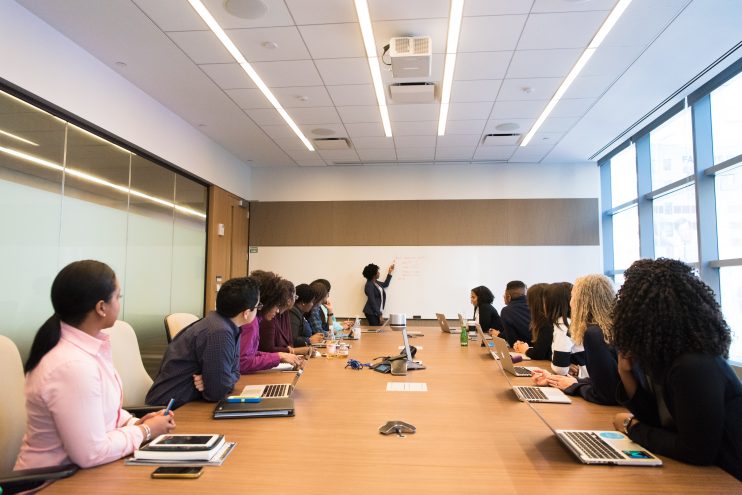 Can an employee challenge his termination on the basis that he was inadequately trained by his employer?  In a recent decision, the United States Fifth Circuit said “yes,” but with certain caveats.  Rahman v. Exxon Mobil Corp., No. 21-30669, 2023 U.S. App. LEXIS 560 (5th Cir. Jan. 10, 2023).  In doing so, the court resolved a long-standing ambiguity in circuit precedent.

At Exxon Mobil’s Baton Rouge plant, it produces polypropylene, which is used in myriad products such as clothes, chairs, cups, and cars.  When Exxon Mobil hires for that plant, it requires that new employees pass an extensive, multi-pronged training program.  Those who don’t pass are terminated.

The first phase of Exxon Mobil’s training program requires trainees to complete six weeks of classroom instruction followed by written tests.  Trainees may fail up to fourteen tests, but those who fail any more are fired.  Those who pass move on to “field training.”  During field training, trainees shadow plant personnel.  After about four months of this, trainees must pass a “final walkthrough” designed to determine if they could safely run the unit as an operator without help.  Trainees who pass become operators.  Those who don’t pass are fired.

In this particular case, Omar Rahman, an African-American man, was accepted as a trainee.  In the initial training phase, he failed fourteen tests (the maximum allowed before automatic termination) and scored poorly overall.  However, he passed this phase and continued to field training.  When Rahman’s four months of field training was concluding, Exxon Mobil permitted him to work overtime to learn his handbook better and delayed his final walk through test to provide him more time to study.  Despite the initial extra study time, Rahman nevertheless failed his walkthrough.  He then was allowed another two weeks to study and an opportunity to re-take his final walkthrough test, but he failed again on his second attempt.  At that point, Exxon Mobil fired him.

Rahman sued Exxon Mobil under Title VII and 42 U.S.C. § 1981, claiming race discrimination.  Specifically, Rahman alleged that Exxon Mobil deliberately and intentionally inadequately trained him because he was Black.  The district court dismissed Rahman’s claim on summary judgment, finding that he could not show that the alleged inadequate training amounted to an adverse employment action, that he was discriminated against on his walkthrough, or that he was qualified for the operator position.

On appeal, the Fifth Circuit affirmed, but for different reasons.  Although the Fifth Circuit acknowledged that its prior precedent was somewhat unclear on this issue, it held that a failure to train can constitute an adverse employment action sufficient to sustain a Title VII action, if the training is directly tied to the worker’s job duties, compensation, or benefits.  However, an inadequate training claim “must be based on, in essence, a failure to provide comparable training.”  But the court also cautioned that such claims cannot rely on overly technical or inconsequential differences in training:

Of course, “equality” shouldn’t be taken literally.  We aren’t in the business of evaluating trainers, and training programs may vary in inconsequential ways between trainees.  Instead, we ask whether there was a roughly similar opportunity to access the necessary parts of the training program.

Turning to Rahman’s allegations, the Fifth Circuit found that his inadequate training claim could not survive scrutiny.  Because Rahman’s training “paralleled” that of his white classmate, the court concluded that Rahman did not truly assert a failure to train claim, but an insufficient training theory, which is not actionable.  The claim must be based on an allegation that members of one race received more training than members of a different race.

Judge Haynes agreed with the majority’s holding regarding the viability of inadequate training claims but dissented from the majority’s conclusion that the evidence presented did not raise genuine issues of material fact.  Specifically, Judge Haynes noted that Rahman’s records showed that he received only two days of training covering 150 categories, whereas a white employee received training on the same 150 topics, but over fifteen days.  Judge Haynes asserted that this issue created a genuine triable issue that made summary dismissal inappropriate.

Although the interpretation and sufficiency of the evidence submitted by Rahman can be debated, his case resolves a nagging ambiguity in these types of claims and provides welcome clarity.  So long as employers give the same training to everyone (no matter how good or bad), they should be insulated from these types of claims.  And employees seeking to litigate an inadequate training claim will have to show significant and stark differences in training among different racial groups.  We’ll see if this case receives any further review from the full Fifth Circuit or the Supreme Court.  Stay tuned.